This building was constructed in 1602 by Docho, the chief administrator of Miidera Temple and an honorary member of the Imperial family (jusangu). It differs from a common bell tower in that it has a kirizuma gabled roof, six pillars, and cypress bark roofing, with plank walls on the bottom and latticework on the top of every side of the building.
A large temple bell, known as the “Mii Evening Bell,” one of the Eight (notable) Views of Omi Province (present-day Shiga Prefecture), hangs from the ceiling of the tower. It is forged in an older style and resembles the “Benkei Hikizuri bell,” which Musashibo Benkei is said to have dragged from Miidera all the way up to Mt. Hiei. Its beautiful sound has solidified its status as one of the three most famous bells in Japan. Many pilgrims visit the temple on New Year’s Eve to hear the bell ring in the night while praying for good fortune in the coming year.

The principal of Miidera Temple. The job title of the representative. Also called Mii-chori or Jimon-chori. Currently, the 163th since Chisho Daishi was appointed in 859. Chori originally derives from a Chinese official title.

Junsangu (an honorary member of the Imperial family) Docho (1544–1608) was born the third son of Konoe Taneie, a Kanpaku (chief advisor for the Emperor). He became a priest in Miidera Temple. Later, he became Monzeki (Japanese Buddhist priest of aristocratic or imperial lineage) in Shogoin Temple, Chori (chief administrator) of Miidera Temple and Monzeki of Shokoin Temple. He was so highly trusted by Toyotomi Hideyoshi that he was appointed as a chief priest of the Daibutsuden Hall (great Buddha Hall) of Hokoji Temple in Kyoto that was founded by Hideyoshi. Docho was good at Japanese poems, literature, and calligraphy and was a cultured person representative of the Momoyama period. 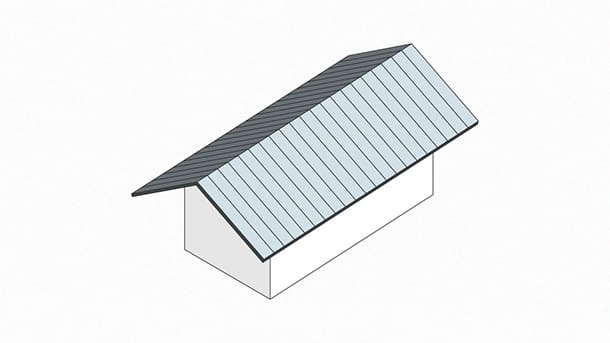 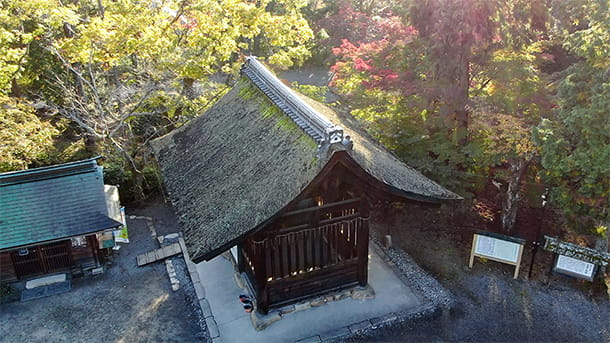 The eight scenic views located in the south of Lake Biwa. They were inspired by the Eight Views of Xiaoxiang in China. They include as follows: Evening snow at Hira; Returning sails at Yabase; Autumn moon at Ishiyama; Evening glow at Seta; Evening bell at Miidera; Wild geese returning home at Katata; Clear breeze at Awazu; Evening rain at Karasaki. 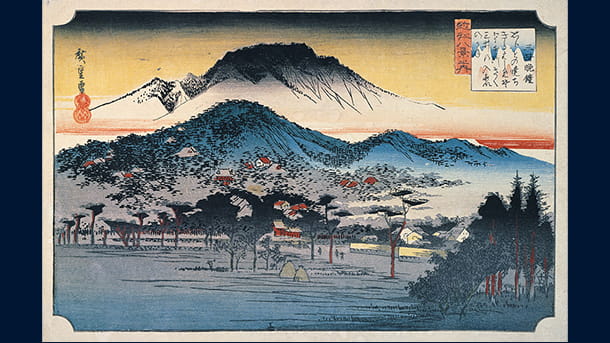 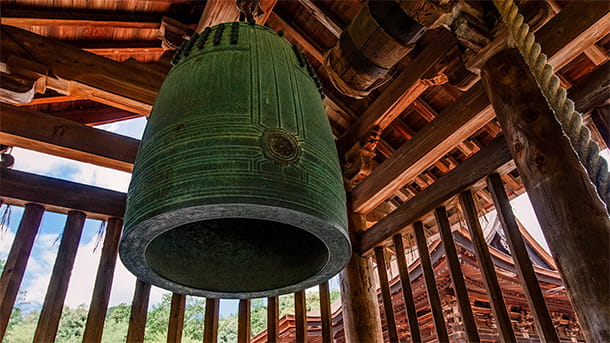 It is called bonsho, a hanging bell used in temples, other than Chinese instrumental bells. Most are hung on a bell tower and rung by a wooden bell hammer. 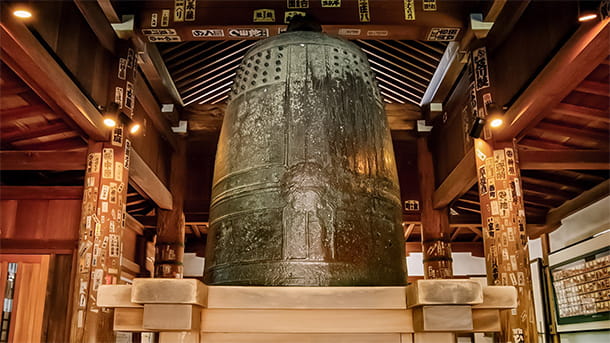 “three most famous bells in Japan”

Each bell is called as follows: “Miidera Temple for the sound” for the beautiful sound of its temple bell; “Byodoin Temple for the shape” for its excellent figure and decoration; “Jingoji Temple for the inscription”, as top literary men provided the preface, inscription, and calligraphy at that time. They are also called the “three greatest bells” which represent bells in Japan. 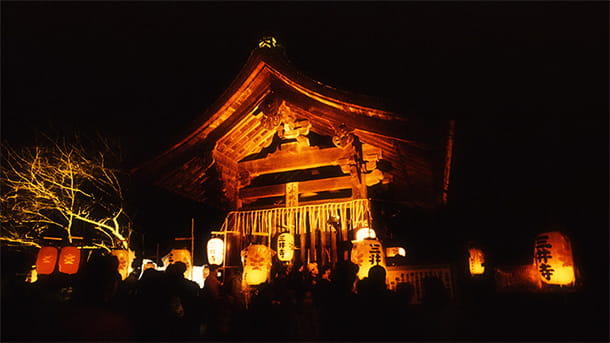