This building, which is currently called the Shakado, enshrines a Seiryoji Temple-style statue of Shaka Nyorai (Gautama Buddha) as its principal image. The shumidan dais is from the Muromachi period (1336–1573) and has a decorative kurigata moldings and lotus petal carvings above and below the dais, as well as elaborate vine-patterned scrollwork in the central kozama panel. A sloping ‘pent’ roof with karahafu bargeboards was added to the building in 1830.
The Shakado is said to have been the Seiryoden pavilion at the Imperial Palace in Kyoto that was later moved to Miidera. It is a simple residential-style structure with hanshige-daruki rafters and cypress bark roofing. Its current appearance gives the viewer an impression of what an old-style dining hall at a large temple in medieval Japan may have looked like. 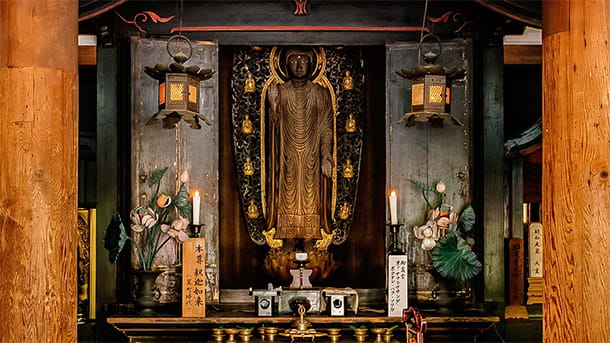 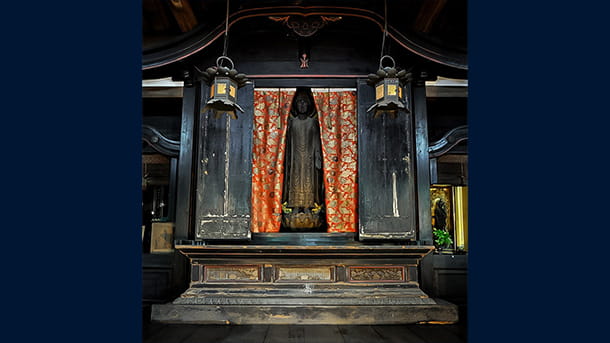 The period when the Ashikaga clan took power and founded the shogunate in Muromachi, Kyoto. It refers to approximately 180 years from 1392 when the Northern Imperial Court and Southern Imperial Court united until 1573 when Yoshiaki, the 15th Shogun was defeated by Oda Nobunaga. The late Muromachi period that came after the Coup of Meio is also called the Sengoku (Warring States) period. Some theories include the Northern and Southern Courts period (1336–1392) with the early Muromachi period. 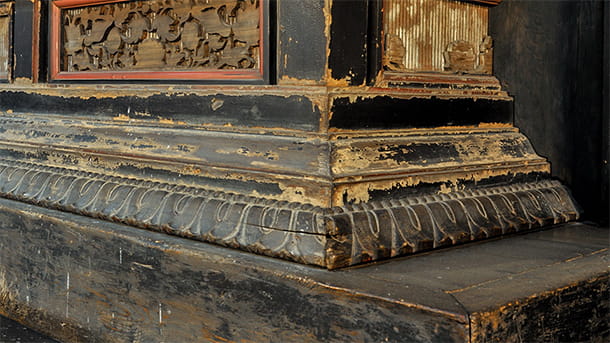 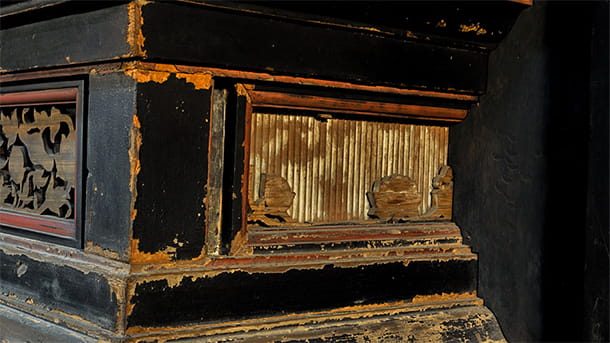 Wood that is hollowed out with a carving blade to decorate the side of the podium of the shumidan dais. 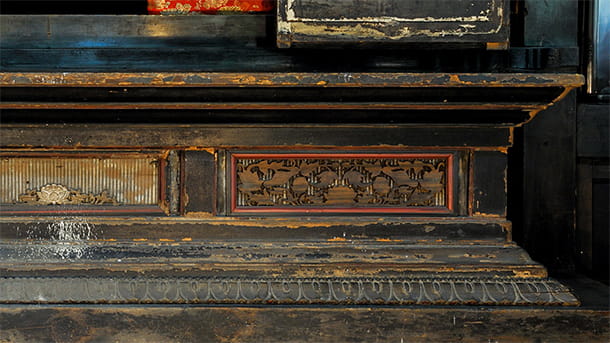 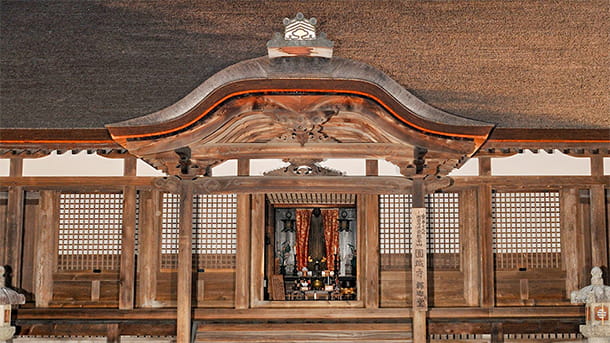 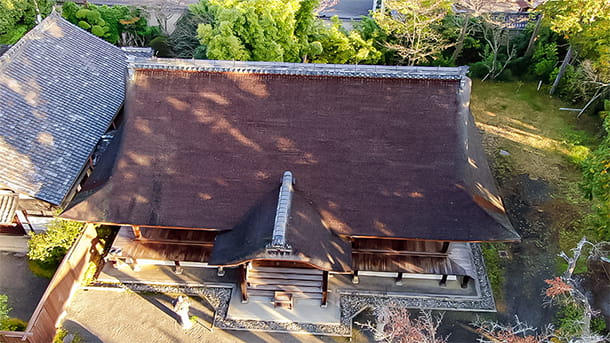 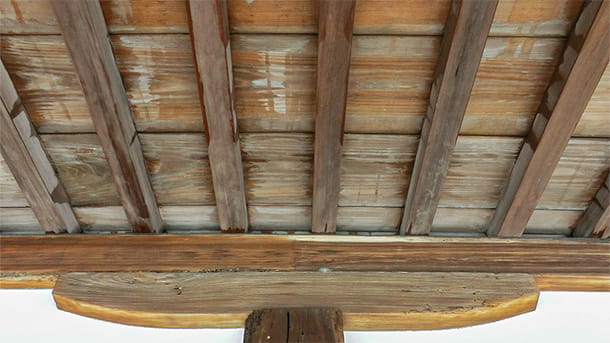