The front entrance of Miidera Temple is a cypress-bark-roofed tower gate with three bays and an opening in the central bay. This style is known as sangen-ikko in Japanese. The gate originally stood at Jorakuji Temple in present-day Konan City, Shiga Prefecture, before being moved to Fushimi Castle by Toyotomi Hideyoshi. Tokugawa Ieyasu donated it to Miidera Temple in 1601.
The gate was constructed in 1452 and features kaerumata wooden strut carvings and kumimono wooden brackets characteristic of the Muromachi period (1336–1573). Kongorikishi (Nio) statues made in 1457 are enshrined on both sides of the gate, serving as a reminder of the long history of the temple. 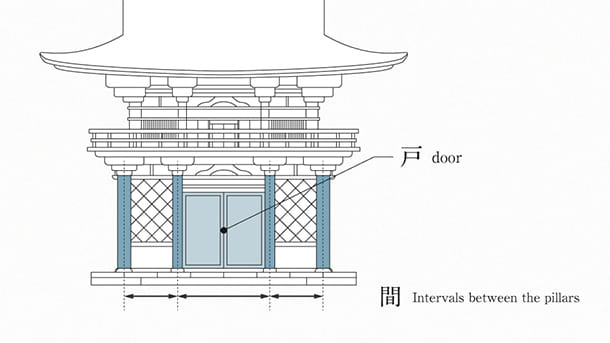 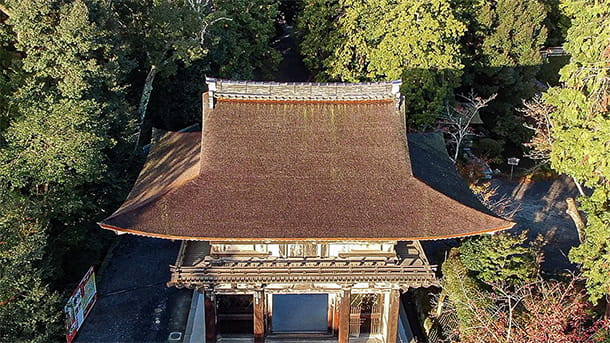 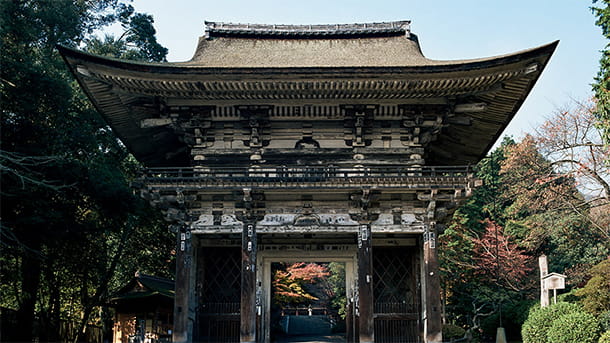 A two-storied gate. There is a roof only on the second floor, but no roof on the first floor, instead,
koshigumi, interlocking wooden bracket sets, are formed around the perimeter.

An old Tendai sect temple located in Nishitera, Konan City. This is the first stop on the Omi Saigoku Pilgrimage and commonly called Nishidera. Roben founded it in the Nara period (710–794), and it reportedly achieved prosperity as a center of Aboshiyama-gosenbo (5,000 temples in Mt. Aboshi). It contains many cultural properties including its Main Hall with the seated thousand-armed Kannon (kept hidden from public view) and three-storied pagoda are designated as National Treasures.

A warlord in the Azuchi-Momoyama period. First, he served to Oda Nobunaga, and as soon as Nobunaga died due to the Honnoji Incident in 1582, he declared himself as the successor, defeated his enemies and unified the country. From 1583, Hideyoshi began the construction of Osaka Castle, the castle tower of which has a lavish five-story structure on the outside and an eight-story structure inside that was suitable for the supreme ruler. While he was called Hotaiko, luxurious Momoyama culture, including tea ceremonies and paintings of the Kano school, flourished.

Relations between Miidera Temple and Hideyoshi were generally favorable; however, in 1595, his later years, he suddenly imposed an order to Miidera Temple to confiscate all of the assets belonging to the temple. After Hideyoshi’s death in August 1598, Miidera Temple was restored by his legal wife, Kita no Mandokoro.

The castle was built by Toyotomi Hideyoshi in Mt. Higashi-fushimi, Fushimi Ward, Kyoto City. Construction was begun in 1592. It was destroyed by an earthquake in 1596 and reconstructed in Mt. Kohata. Then, the checkpoints in Kyoto were put under control. Later the Edo Shogunate disposed of the castle, and the remains were transferred and still remain in some temples such as Daitokuji Temple, Nishi Honganji Temple and Toyokuni Shrine.

Tokugawa Ieyasu (1542–1616) was the first shogun of the Tokugawa Shogunate (in office 1603–1605). Ieyasu was under Imagawa Yoshimoto, then allied with Oda Nobunaga. Later, he conciliated with Toyotomi Hideyoshi. He was then offered the eight Kanto provinces by Hideyoshi in 1590 and entered Edo Castle. After the death of Hideyoshi, he entered Fushimi Castle to govern. At the Battle of Sekigahara in 1600, he defeated Ishida Mitsunari and others. In 1603, he was appointed as a Seii Taishogun (shogun) and established the Edo Shogunate. Soon he abdicated, and Tokugawa Hidetada took over the position as shogun. Being called Ogosho (retired shogun), he was still involved with important matters, even though he had retired in Sunpu in 1607. He destroyed the Toyotomi clan at the Siege of Osaka and established the foundation of the shogunate that would last 260 years. His posthumous name is Toshodaigongen. 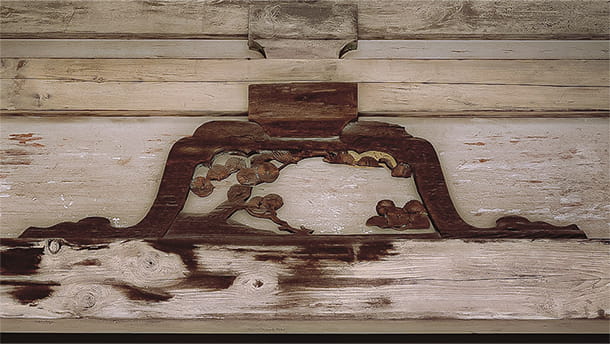 It is a part, both sides of which widen towards the bottom with curves, like a frog opening its legs (kaeru means a frog, and mata means crotch) and is located between two connecting beams. Otherwise, its name reportedly derives from karimata, the shape of the arrowhead, the edge of which splits into two. 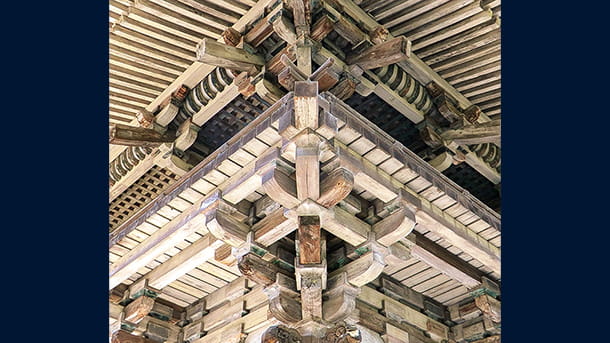 It is mainly located on top of a pillar. Its structure is interlocked bearing blocks and bracket arms to support an eave purlin that supports rafters. Also called tokyō or masugumi. 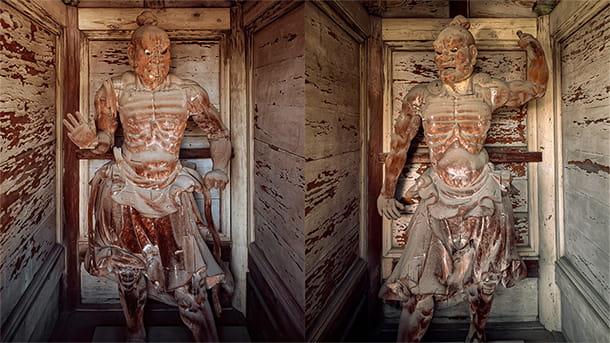